About Our CowCatcher Leatherworks Company

CowCatcher Leatherworks is a small manufacturer of custom-made leather products. We have been in business North Carolina, since 1980. We began producing suede vest kits and other leather kits for the Capital Area YMCA Indian Guides program in 1999. We will be happy to provide our kits to other programs across the USA.

Shown at right are Mark and Hanna, modeling two of our vests.

Barry Wilder started the then unnamed leathercraft shop inside a western-style steakhouse. One of the patrons came by and asked him, “What’s this area? Are you the caboose?”. Barry replied “No, if we were part of a train, we’d be the cowcatcher!" 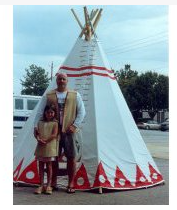 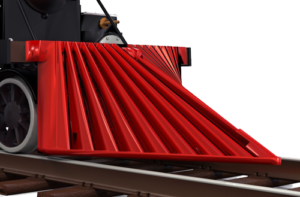 A cowcatcher is a strong metal frame fixed to the front of a railroad locomotive, which pushes animals and objects off the railway track as the train moves forward. It’s also called a buffer, a fender, or a pilot.

CowCatcher Leatherworks is pleased to announce the addition of Eric Dudek to the team.

Eric is a talented saddle smith who added a “western flair” to CowCatcher’s line of product.

Eric, born in upstate New York, was raised in Durham, NC. He started riding bulls when he was 18 and won Mid Atlantic Rookie of the year in 1993, after just one year of riding. He then started riding bulls professionally and traveling all over the United States. He rode in the PBR, PRCA, and IPRA, and won multiple professional bull ridings and rodeos. The first was in 1995 when he was 20 years old, at Floridaʼs largest rodeo in Kissimmee.

In 1997, Eric suffered a career-ending injury that left him severely injured and unable to walk for 8 weeks. After his recovery, he turned his love of bull riding into a love of leatherwork and graduated from Sierra Saddlery school in 2000.

Eric has made custom saddles, belts, wallets, bags; all of which are handstitched, one-of-a-kind pieces of art.

Eric is a father of 2 young sons, Jax (age 10) and Colt (age 9). When not working on leather, Eric enjoys spending time with the boys fishing, hunting, and playing with their dogs, two Blue Heelers named Puddles and Spot. 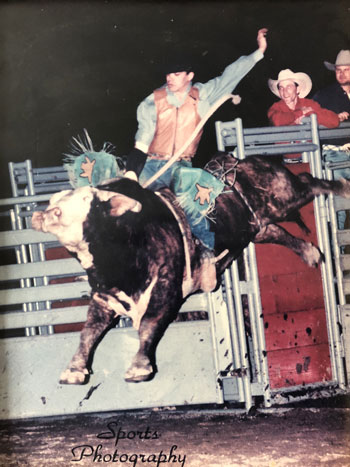